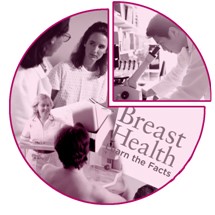 DALLAS – Sept. 22, 2015 – Susan G. Komen, the world’s largest nonprofit funder of breast cancer research, announced new grants to 124 researchers in 25 states and eight countries internationally, with about half of the grants targeted to early-career researchers squeezed by stagnation in federal research dollars.

The grants include $707,500 in new funding for research at three institutions in Illinois, bringing Komen’s total research investment in Illinois to $17,227,500 since 1982.

The 2015 research grants expand Komen’s ongoing commitment to funding early-career scientists, that is, recent graduates and those trying to establish independent research careers. This group has been especially hard hit by real-dollar declines of as much as 25 percent in federal research funding over the past decade.

“We committed two years ago to do all that we can to ensure that talented early-career investigators remain in the breast cancer research field, while continuing our support for established researchers,” said Komen President and CEO Judith A. Salerno, M.D., M.S. “We cannot afford to lose talented scientists to other fields for lack of funding.”

This year’s research slate brings Komen’s total research investment to more than $889 million since 1982, the largest of any nonprofit, and second only to the U.S. government.

Grants from Komen’s nearly $36 million research portfolio – including more than $17.6 million in grants awarded to early-career investigators – span the entire cancer continuum from prevention to treatments for aggressive and metastatic disease. These include:

Since 1992, The Memorial Affiliate of Susan G. Komen has funded $10.1 million to community programs serving local women and men, while contributing over $2.5 million to Komen research.

“We are so proud to have the support of this community as we help our friends, coworkers and neighbors who are facing breast cancer, and work for continued progress against breast cancer through research,” said Linda Maricle, Executive Director.

In Illinois, more than $700,000 will be invested into projects that will further understanding of breast cancer metastasis and risk, and support other advances in breast cancer research.

A full list of Komen’s 2015 research grants can be found here.*

In addition to funding breast cancer research, Komen has invested more than $1.95 billion into community health outreach and global programs that serve hundreds of thousands of women and men annually through breast cancer health and support programs that screen, educate and provide financial, medical and psychosocial assistance.

Susan G. Komen is the world’s largest breast cancer organization, funding more breast cancer research than any other nonprofit while providing real-time help to those facing the disease. Since its founding in 1982, Komen has funded more than $889 million in research and provided $1.95 billion in funding to screening, education, treatment and psychosocial support programs serving millions of people in more than 30 countries worldwide. Komen was founded by Nancy G. Brinker, who promised her sister, Susan G. Komen, that she would end the disease that claimed Suzy’s life. Visit komen.org or call 1-877 GO KOMEN. Connect with us on social at ww5.komen.org/social.

*Contingent upon signed and executed contracts with Komen

⇐ What is genetic testing for breast cancer and who should get it?
Komen Memorial $531,343 In Local Grants ⇒
Go to Top